Two great books that deserve your attention are featured in today's Word Balloon Conversations. If you want to buy them consider doing your Amazon Shopping thru the Word Balloon Portal, where I get a few pennies on the dollar of your amazon purchases. 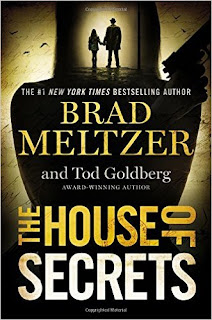 First Up Brad Meltzer is back talking about THE HOUSE OF SECRETS his new thriller co-written with Tod Goldberg is another great action adventure with a new female hero who is trying to uncover the secrets behind history and her own life. Of course we talk to about DC Rebirth, and Brad's TV shows decoded and Lost History. 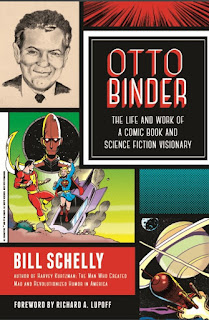 The Comic Book Historian Bill Schelly talks about his expanded biography OTTO BINDER THE LIFE AND WORK OF A COMIC BOOK AND SCIENCE FICTION VISIONARY . Binder wrote many Shazam Captain Marvel  stories in the 40's for Fawcett including the creation of Mary Marvel and the Marvel family. He also wrote the epic Monster Society Of Evil story and created Mr Tawny the Talking Tiger, Mister Mind and many other classic Marvel stories. Then Otto went to work for DC in the 50's creating Supergirl, The Bottled City Of Kandor, The Legion Of Super Heroes and many other significant parts of the Superman Mythos.