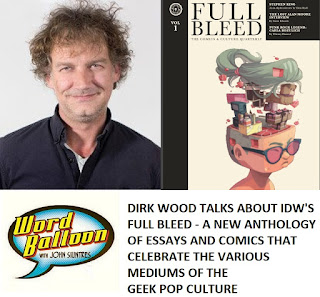 We talk about the decision to run this as a Kickstarter campaign , what Wood wants to do with the magazine, and how it will be released to comic bookstores as well as the kickstarter community.