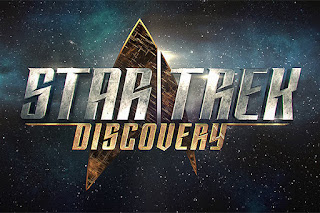 Yesterday, Bryan Fuller the show runner for Star Trek Discovery released a lot of story and character information at the TCA press tour in Beverly Hills.  Good timing, because I had already scheduled a new talk with Filmmaker Podcaster and Trekspert Robert Meyer Burnett . Rob made the wonderful 1999 indie film Free Enterprise with Eric McCormack & William Shatner, edited the Star Trek Prelude To Axanar Fan Film and was to direct the crowd funded feature film Axanar, until CBS and Paramount sued the Axanar producers cause a cease and desist shutdown to the film.

Rob has thoughts on the new Trek CBS ALL ACCESS show, the Axanar lawsuit, the film Star Trek Beyond and a lot more.

We also talk about Suicide Squad, DC Films vs Marvel Films, some new film projects Rob is working on and putting together the special features for The Star Trek Next Generation Blu ray Box set.