First up Documentarian Maria Paz Cabardo talks about her seminal documentary BETTER THINGS THE LIFE AND CHOICES OF JEFFERY CATHERINE JONES.  The film is available on DVD and streaming 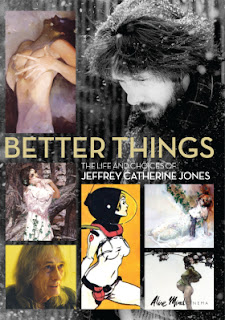 Jeff Jones was one of the founding members of THE STUDIO, an influential 1970's art studio collective featuring Jones, Michael Kaluta Bernie Wrightson and Barry Windsor Smith. Jones's fantasy art was featured in DC Warren National Lampoon and countless fantasy publishers. Late in life Jones decided to transgender and became Jeffery Catherine and candidly spoke about this life change , and the decades of dealing with this difficult personal journey while creating groundbreaking art.

We talk about Jones personal relationships from his marriage to Louise Simonson, his relationship with Vaughn Bode, friendships with his studio mates, and influences on artists like Bill Sienkiewicz, Jean (Moebius) Giraud, Jon Muth, Kent Williams, Paul Pope and others. 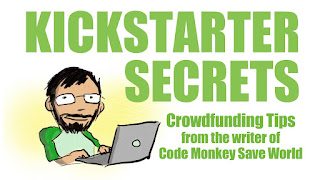 Then Greg Pak is back with an audio excerpt of his new e-book Kickstarter Secrets . These are useful hacks on what you need to know if you're thinking about doing a kickstarter campaign. This audio itself gives great tips, and gives you an idea of the additional useful information that will be in the e-book.