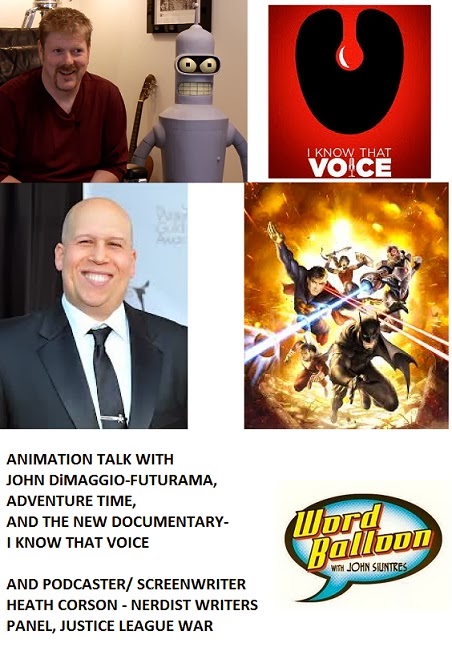 On this episode of Word Balloon, we talk animation. First John DiMaggio joins us to talk about his career as one of the top voice over actors in the business. From his work on Futurama, Adventure Time and countless other projects.
John has also just made a new documentary on the VO industry called I KNOW THAT VOICE, which features all the top voice artists and production people. It comes out Jan 7th via iTunes and video on demand outlets. for more information check out iknowthatvoice.com

Then Screenwriter Heath Corson Joins me in studio for a fun conversation. Corson has just written the upcoming DC animated film Justice League War, which adapts the first arc of the New 52 JLA written by Geoff Johns. Heath is a lifelong comics an, and co-host of The Nerdists Writers Panel Comics Edition with Ben Blacker Adam Beecham and Len Wein